What a lovely wedding and best wishes to both of you. Welcome Catherine to the family! I am so blessed that Cousin William and Catherine chose my father, Gene's birthday, April 29th, for their wedding date. Prince William and I both share a loss, he his mother and my cousin Princess Diana and I, my father. So having his wedding day on April 29th has an additional and very special meaning to me.

Yes, I am an American and Princess Diana and Princes William and Harry are my cousins in England!

Would you like to hear some history on my family?

Okay, Let's go back to 1600 in Surrey, England. With part of the Adams' Family accompanying him, Henry Adams sailed to America on board his son, Captain John Adams' ship. From this blood line, came my grandfather Samuel Adams, the Father of the American Revolution of 1776, and Uncle, President John Adams and Cousin, President John Quincy Adams, respectively.

Princess Diana, hence Princes William and Harry, are descendants of Henry Adams from those in the Adams family who chose to stay in England, and I and my son, Matthew "Matt," are descendants from Henry Adams, who came to America.

When Princess Diana died, bless her, and the media was flooded with probably every picture that had ever been taken of her, William and Harry up to that date, I purchased a few of the 'album' style magazines on her life. It was amazing the number of photos of Diana, that looked either like me when I was her age (I am 10 years her Senior), or looked like two of my four sisters, Cindy or Terri. We three are the older of the five, starting with me, Cindy, and then Terri. Additionally, some pictures of William looked like my son, Matt and Cindy's son, Jeff.

I am delighted that William has honored his mother's wise words of marrying the woman he loves, who was his best friend first, and passing to Catherine, as her engagement ring, the ring Diana left him.

I am very proud of William and Catherine. They have established a solid foundation for a life-long, fulfilling, loving and happy life together, and I am delighted to celebrate this special day in honor of you both, in honor of Diana, and the excellent mother she was to William and Harry, which is so evident by William courtship and marriage to Catherine "Kate" Middleton and in honor of my father, Everett Eugene Ferguson. Happy Birthday, Dad!
Posted by Dr. Donna at 8:03 PM No comments: 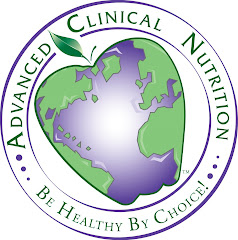